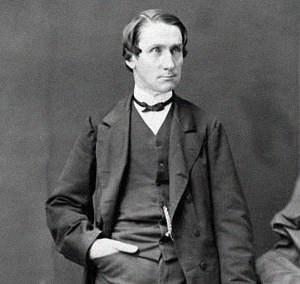 Morris, Man, Town, pop 1645 (1996c), 1616 (1991c), 1613 (1986c), area 5.83 km2, in 1883, is located at the confluence of the Red and Morris rivers, 55 km S of Winnipeg. Originally known as Scratching River, Morris was named in honour of Alexander Morris, the first chief Justice in the Court of Queen’s Bench in the new province of Manitoba and later the second Lieutenant-Governor of the province. It was the site of fur-trade rivalries in the early 1800s and later a landmark for cart brigades moving between St Paul, Minn., and the RED RIVER COLONY. By the early 1870s Ontarians were homesteading in the area. Morris soon became a busy stagecoach stop between Fargo, N Dak., and Fort Barry. With the advent of the coming of the railroad, excitement and promise in the air. The pioneers knew that this would mean transportation for produce, the influx of settlers, and a better means of communication for themselves. Every settlement was vying for the railroad, assured that progress and growth would follow. When they learned the CPR (1882-83) railroad would bypass Morris by 6 miles, a “bonus” of $100,000 was offered for the railway to relocate here. It was discovered that the municipality could only offer $.25 per acre under the law so they could only offer $45,000. The citizens of Scratching River decided to withdraw from the municipality and incorporate as a town as a way of having the railway relocate here. In 1882, the province was petitioned for the incorporation of Scratching River as a town. The actual date of incorporation was January 9, 1883, with the acreage listed as 6,100 and an assessment of $26,100. By 1884-85 the town had collapsed under its debt load; it only recovered in the mid-1890s. In 1906, 4000 acres were removed from the town and incorporated back into the RM of Morris.

The Red and Morris rivers have greatly affected the town, especially during floods in l950, 1966 and 1979. On March 31, 1966, the Premier of Manitoba, Duff Roblin, called a flood meeting in Morris, where he and his Ministers personally informed the public of what to expect and what measures to take. The towns of Morris, St. Jean and Emerson began moving earth, hastily constructing ring dikes. On Easter Monday, 1966, due to the efforts of the Mennonite Disaster Service (MDS) , local help, and a contingent of Canadian Army Engineers, the dike which was starting to shift due to the high waves and nearly 20 feet of water pushing against it at the lowest place was saved. Bulldozers were braced against the base of the dike on the dry side and a boom of hydro poles on the wet side, plus added weight to the top of the sandbags, the dike held. A Permanent dike has been erected around the Town of Morris and we were safe during the “Flood of the Century” in 1997.

Red River residents resorted to kidnapping to retain a favoured resident. When in April 1859, it came time for a popular nun, Sister Ste. Therese, a sister of charity, to return to her order in Bytown, several individuals sprang into action. They swept down upon her traveling party near Scratching River (Morris), scooped her from the oxcart, and returned her to St. Boniface. She stayed on permanently. From Manitoba 125 – A History Volume 1 – Rupert’s Land to Riel .

Go to Pembina Manitou Archive to look at issues of the Morris Herald or visit the Morris Museum’s facebook page for more historical information on Morris!